A Complete Guide To Carbon Cleaning For Your Car Engine 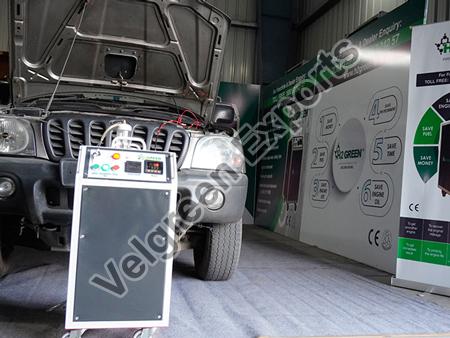 Carbon cleaning is the process of removing soot, or carbon, from your engine. These deposits are formed of unburnt hydrocarbons that end up clogging your engine as well as other parts such as the EGR valve, Particulate Filter or even the turbocharger. You can choose to deal with the best car engine carbon cleaner suppliers to improve the longevity of the engine in your car.

Why would your car’s engine need to be carbon cleaned?


Gasoline engines manufacture power by igniting fuel which leads to carbon build-up in the combustion chambers over time. And while some emissions control devices can filtrate out a lot of the exhaust gasses and carbon that comes from the engine, some deposits will endure.


This procedure involves a mechanic taking apart the engine and scraping off the carbon deposits on the components. Fortunately, there are easier ways to clean up carbon build-up nowadays, but it is still a mandatory process for higher mileage cars.


How does It work?


The Engine Carbon Clean system works by using tap water to generate hydrogen and oxygen pass through the air intake of an engine and out through the exhaust system as a gas, helping remove the excess carbon that leads to poor running issues.


It is a simple and safe process and requires no dismantling of engines part of the use of harmful chemical products. People are recommended to use the Engine Carbon Clean service as part of their vehicle’s regular maintenance schedule.


There are numerous different services which are provided, either by mobile operators or a network of garages who have bought the equipment.


These flexible machines are frequently used to decarbonize engines, but they can also clean injectors and diagnose faults. Quick couplers and automated shutoff switches are incorporated in these machines, which aid to lessen gasoline spills.


Cause of carbon deposits in engines:


When an engine of the bike or automobile burns its fuel, it let go of by-products of carbon, fumes and smoke in large amounts. This waste is built-up on the tube of the engine limiting the airflow and causing various other problems.

Why is engine decarbonisation essential?

This entry was posted on March, 22, 2022 at 11 : 02 am and is filed under car engine. You can follow any responses to this entry through the RSS 2.0 feed. You can leave a response from your own site.